The following statistics and information for Tuesday, Aug. 31, were shared at a press conference with the governor and/or were posted on the Arkansas Department of Health’s (ADH) website:

There were 2,626 new cases added today, which is 403 more than last Tuesday’s new case count. Hospitalizations are down 45 from Monday to 1,212, but there were 22 deaths reported today and 27 additional COVID patients that require ventilation. Regarding the record-high number of patients on ventilators, Hutchinson said, “This is a significant concern and it reflects the seriousness of the delta variant and the challenges that our hospital personnel face.”

On a positive note, Hutchinson said that vaccination progress continues, and that 13,642 vaccine doses were administered in the past 24 hours. Also, the 7-day rolling average of cases has flattened out over a multi-week period and hospitalizations have declined from the recent peak. Romero pointed out, however, that the past two months of hospitalizations far exceeded the peak from last year, and they expect the number of hospitalizations “to go up further for this month as we back fill, and will continue to go up into next month.”

While there is hospital capacity, ICU bed space continues to be “very, very tight,” according to Hutchinson. Funds from the American Rescue Plan Act (ARPA) are being allocated for additional ICU beds and staffing. Almost $130 million is being used for hospital surge staffing, which will help retain the state’s existing healthcare workforce “so they don’t leave the profession or they go out of state to a contract agency,” he said. Along with helping with staffing, the total of almost $300 million in ARPA funds is expanding the state’s ICU bed capacity by 264 beds.

Baptist Health President and CEO Troy Wells said that Baptist completed the first phase of their ICU expansion, which was in partnership with the state, on Aug. 25 to add 33 new ICU beds and 124 medical surgical beds. He said the ICU beds filled up within 12-24 hours, which demonstrated the need for more critical care beds. Baptist Health Medical Center in North Little Rock also added 12 ICU beds today, three of which were occupied by COVID patients within a matter of hours. They are working on adding eight more beds in both Fort Smith and Conway.

Wells said that 87% of the COVID patients at Baptist Health are not vaccinated, and that the patients now are younger and much sicker than a year ago.

Also, the neo-natal intensive care unit – for small, pre-term babies – “has been extremely busy and even out of beds on certain days, and I think that’s been the case throughout the Central Arkansas community,” he said. “We have had many pre-term babies delivered because unvaccinated mothers deliver their baby early, and the baby now needs a neo-natal intensive care bed, where otherwise they would have gone full term.” Therefore, in addition to adult ICU units, Baptist Health is also working to increase neo-natal ICU based on new demand due to COVID.

Hutchinson and Secretary of Health Dr. Jose Romero emphasized the rising number of COVID cases among the 0-18 age group, which currently accounts for 30% of the state’s active cases. A chart of the 7-day rolling average of cases per day among 0-18-year-olds had an almost vertical red line, and a bar graph of hospitalizations had more than 100 youth admitted in July and August, almost double the winter surge number.

“The number of pediatric cases is increasing, and increasing rapidly across the state,” said Romero. “Slow progress” is being made in vaccinating the 12-18 age group, with today’s percentage of them being fully vaccinated at 30%, and youth with at least one dose being 44.7%, Romero reported. He said the ways to avoid quarantine if exposed in schools is to be vaccinated or to be wearing a face mask, “which is still a very efficient way of impeding transmission and preventing infection,” and use of masks also prevents the need for quarantine. He said preventative measures need to be taken, particularly for those under the age of 12, because they do not expect to see vaccines for younger group until later this year, at the earliest.

Hutchinson and Romero also expressed concern regarding Labor Day. “Every holiday weekend we have seen since the beginning of the pandemic we have seen a surge in cases, so we are concerned,” said Romero. 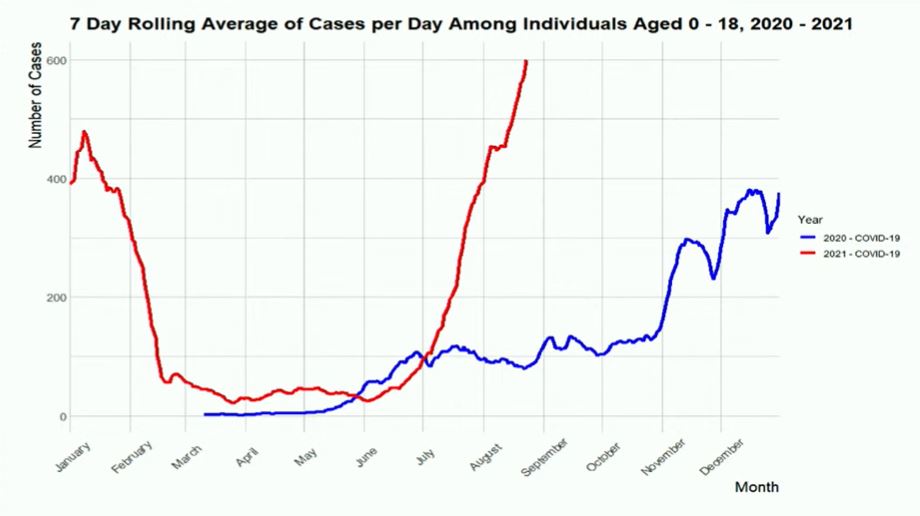 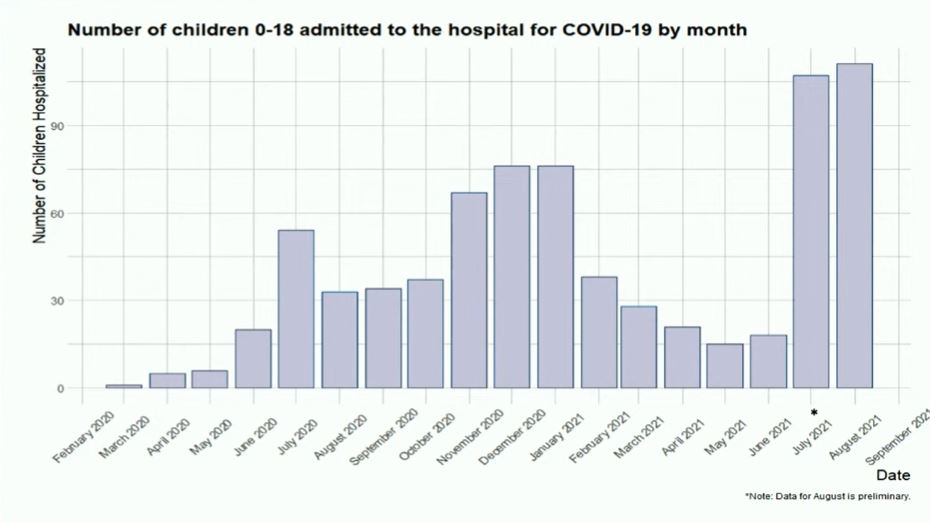 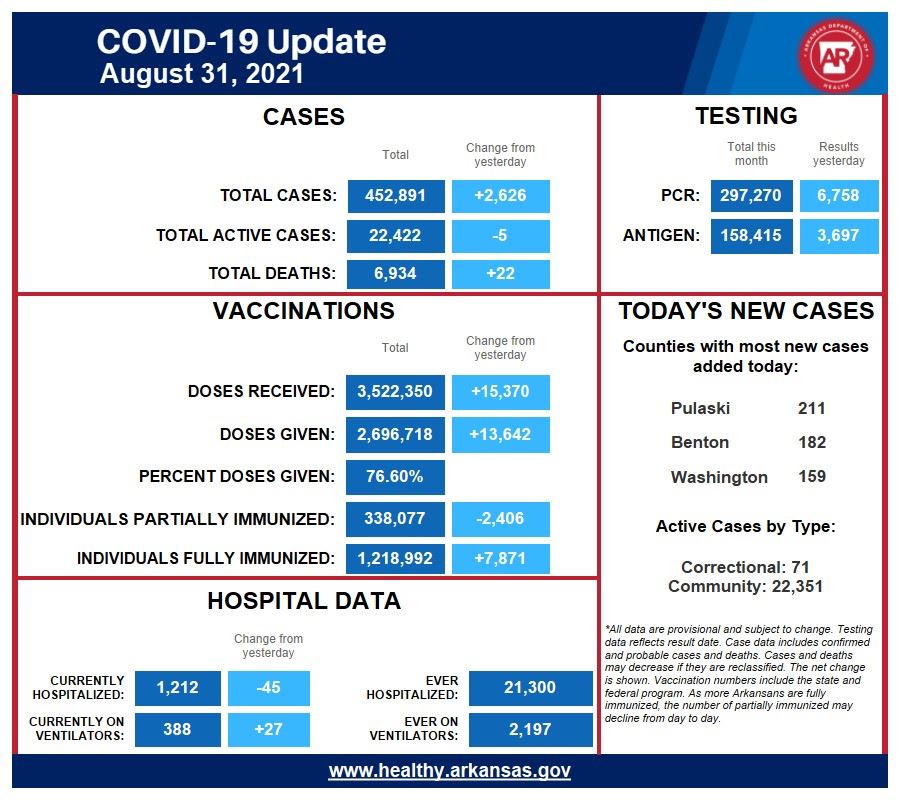