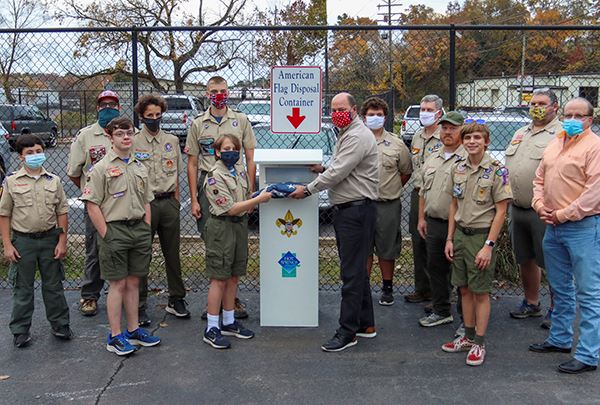 Thanks to an initiative by Boy Scout Troop One of Hot Springs in collaboration with the City of Hot Springs, area residents are able to not only honor those who have served to protect the United States, but also the American flag to which they pledged their allegiance.

A Flag Retirement Drop Box has been installed at the Recycling Drop-off Center at the corner of Runyon and Valley streets by the Solid Waste Department following a request from Boy Scout Troop One. In a written proposal to the City, the Troop said they will be responsible for collecting flags from the drop box at least once a month. The Troop will then assess the condition of the collected flags and will conduct flag retirement ceremonies, as needed.

“Boy Scout Troop One of Hot Springs feels that flag etiquette and proper flag retirement are very important. Many Americans do not know the proper way to dispose of an American flag when it is no longer serviceable. Therefore, many flags end up in the trash or otherwise improperly disposed of,” said the proposal. 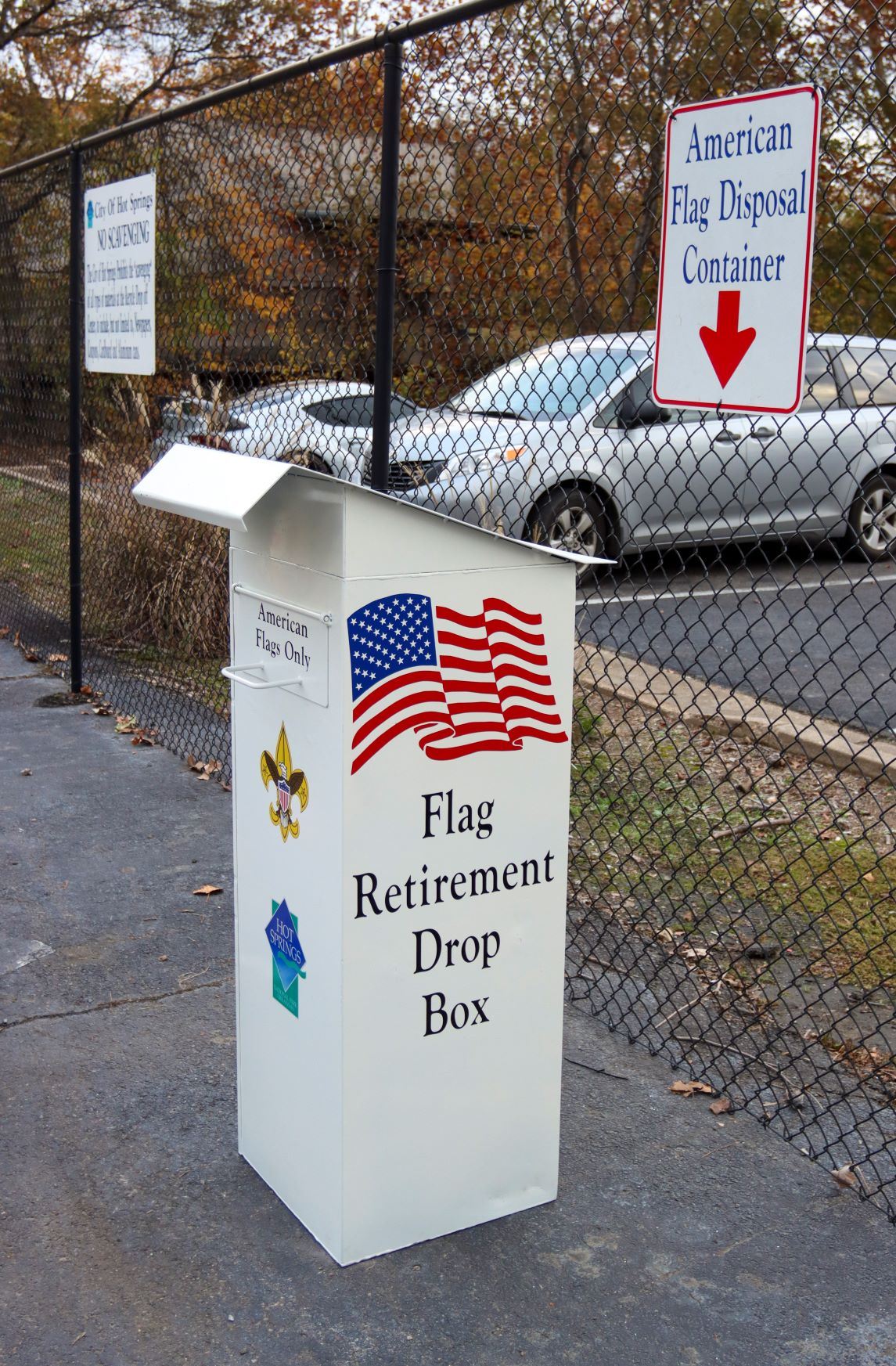 The flag should be cut into at least three pieces so it no longer is viewed as a U.S. flag. The pieces are then burned in a small fire while retirement ceremony participants remain silent. They remain until the fire has burned down to ashes. The grommets on the flags are often removed before burning or taken from the ashes to be given to veterans.

“A proper flag retirement ceremony is a solemn occasion,” said the Troop.