The following statistics were shared at the governor’s weekly COVID-19 update on Tuesday, Oct. 20, and posted on the Arkansas Department of Health’s (ADH) website:

The counties with the highest number of new cases in the past 24 hours include Pulaski with 62, Washington with 39, Benton with 38, Craighead with 32, Crittenden with 25, Crawford with 21 and Greene with 20.

In what Hutchinson shared was the 153rd COVID-19 briefing, he provided the update via Zoom due to exposure he had in a meeting last Friday with an individual who later tested positive for the virus. Although there was distancing and masks were worn at that meeting, as well as negative antigen and PCR test results from Hutchinson on Monday, he is limiting his public appearances and meetings out of an abundance of caution. There will be follow-up tests given tomorrow, Friday, next Monday and as needed. Secretary of Health Dr. Jose Romero and Secretary of Education Johnny Key joined the news conference via Zoom, as well.

Hutchinson shared that the unemployment rate in the state went from 7.4% to 7.3% this last month, which he said is “great news for Arkansans.” He described it as “a slow, downward trend that I hope will continue.”

He said there is concern about the state’s positivity rate, which for several weeks had plateaued well below the 10% mark but has recently started to trend back upward. Also of concern is the rising number of those being hospitalized for COVID-19. He said in talking to Department of Health and hospital officials, “they describe the situation as ‘tight.’”

Romero gave a reminder for everyone to wear facial coverings, socially distance of at least 6 feet and to wash their hands. “The continuing numbers of cases that we are seeing indicates that the mask mandate is not being adhered to as we would like to see it,” he said.

According to Romero, the CDC and ADH are noticing that family gatherings have become more prevalent sources of contagion. He explained that we need to abide by the pandemic guidelines when having such family gatherings, even though our tendency is to let our guards down. He reminded viewers that 30-40% of COVID-19 cases are asymptomatic, meaning these individuals can spread the disease without even knowing they themselves are carrying it because they do not feel sick or show symptoms.

Key said that 20 districts or schools have had onsite modifications in the past week, which is higher than the week before. He said there are only 16 active modifications, however. So far this school year there have been a total of 158 modifications.

“We encourage districts to stay engaged with their Ready for Learning committees to get that local feedback and make adjustments, working with us and the Health Department to do so,” said Key. He explained that some schools and districts are transitioning from virtual to all on-site learning, which eases the workload on teachers.

When asked about antigen tests being provided for surveillance testing for some schools, Key said the Department of Education and the Department of Health identified school districts to invite to participate. There will two webinars this week to provide these districts with more information so they can see if they want to be a part of this initiative.

Testing numbers are continuing to be high, and the state has almost reached is goal for PCR tests for October as there have already recorded 187,970. The goal for antigen tests has been well exceeded with 24,638 so far this month. 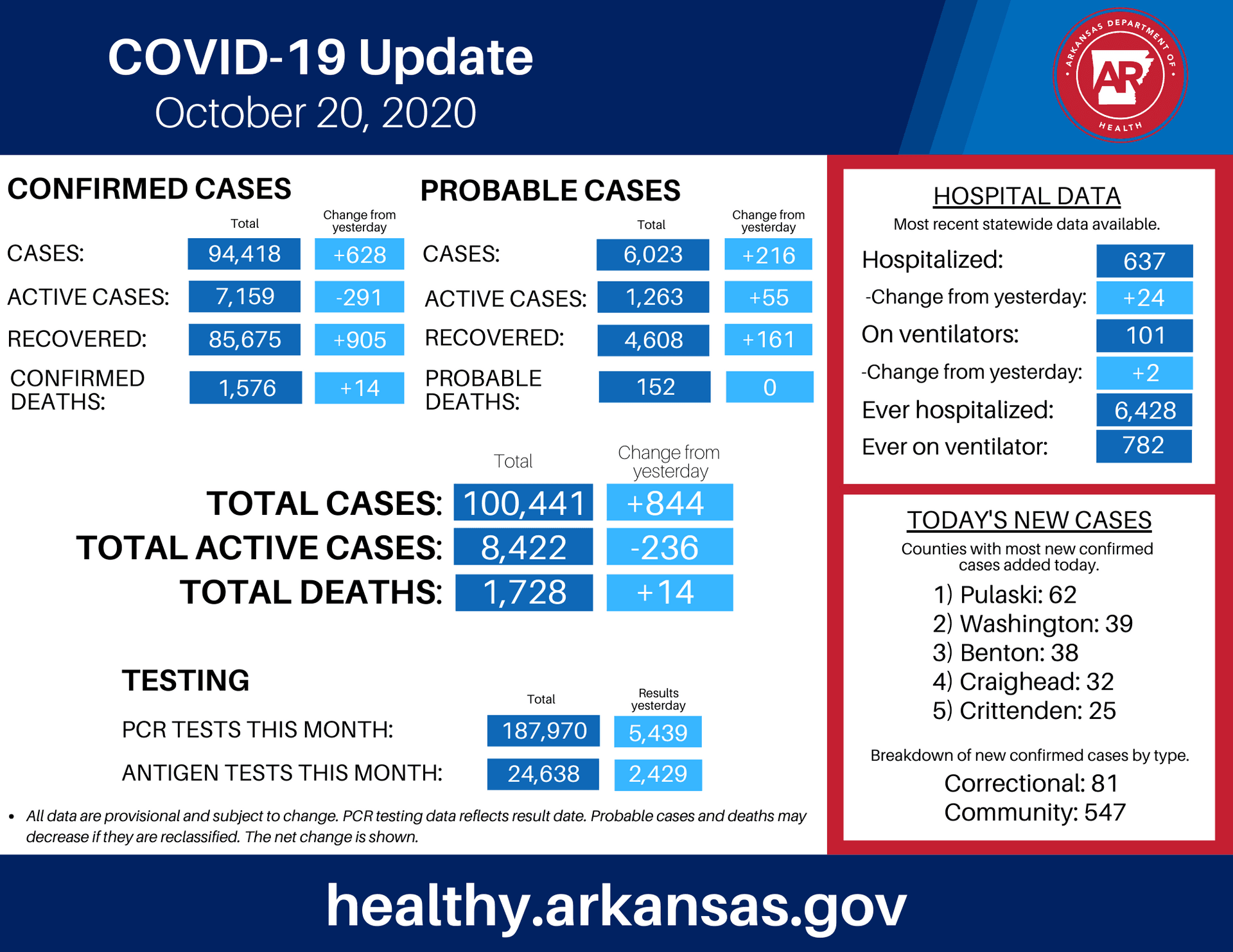