The following statistics were shared Tuesday, Sept. 22, at Governor Asa Hutchinson's weekly COVID-19 update and posted on the Arkansas Department of Health’s (ADH) website:76,981 total cases, up 617 from Monday.

The five counties with the highest number of new cases in the past 24 hours include Pulaski with 80, Benton with 55, Craighead with 30, Sebastian with 28 and Washington with 26.

Hutchinson outlined some strategies for mitigating the pandemic as we head into the fall and winter. “You’ve heard Dr. Fauci and others say that with flu season coming on, that with the cold weather, it could be a very difficult time that we’re going to come into here in the late fall and winter months. I want everybody in Arkansas to be prepared for what’s ahead, and to continue our focus because we’re going to be living with COVID for some time; but as everyone knows we’re increasing our activity from school to sports, and we want to continue that, but we can’t lose focus of our strategy,” he said. The state’s winter strategies include the following:

Secretary of Education Johnny Key said that as of the middle of the fifth week of school, there has been a total of 106 schools that have had some type of modified operations. He added that 83 of those have already moved back to normal operation, meaning 23 are currently still in modified operations (with one being from a water line break and 22 from COVID-19).

Secretary of Corrections Solomon Graves provided updated statistics regarding the prison population. There are 379 active cases within the department, down from a peak of 1,001 in July. There are seven inmates being treated in hospitals, and two require the use of a ventilator. A total of 39 inmates have died from COVID-19. They are currently bringing in inmates in cohorts of 48. There is a quarantine period of 14 days, during which the new inmates are tested a minimum of three times. Inmates are also tested before they are released.

Secretary of Commerce Mike Preston said that those who qualify for the Lost Wages program under Unemployment Insurance from Aug. 1-22 must go back in and recertify that their unemployment was due to a result of a COVID-19 impact to make them eligible. The deadline is this Friday, Sept. 25. The state has currently paid out more than $47 million through this program, of which they are paying into the second of three weeks approved thus far by FEMA. He also said the state is seeing unemployment numbers continue to tick down, with the latest figures being 37,000 continued unemployment claims and 42,000 on pandemic unemployment. 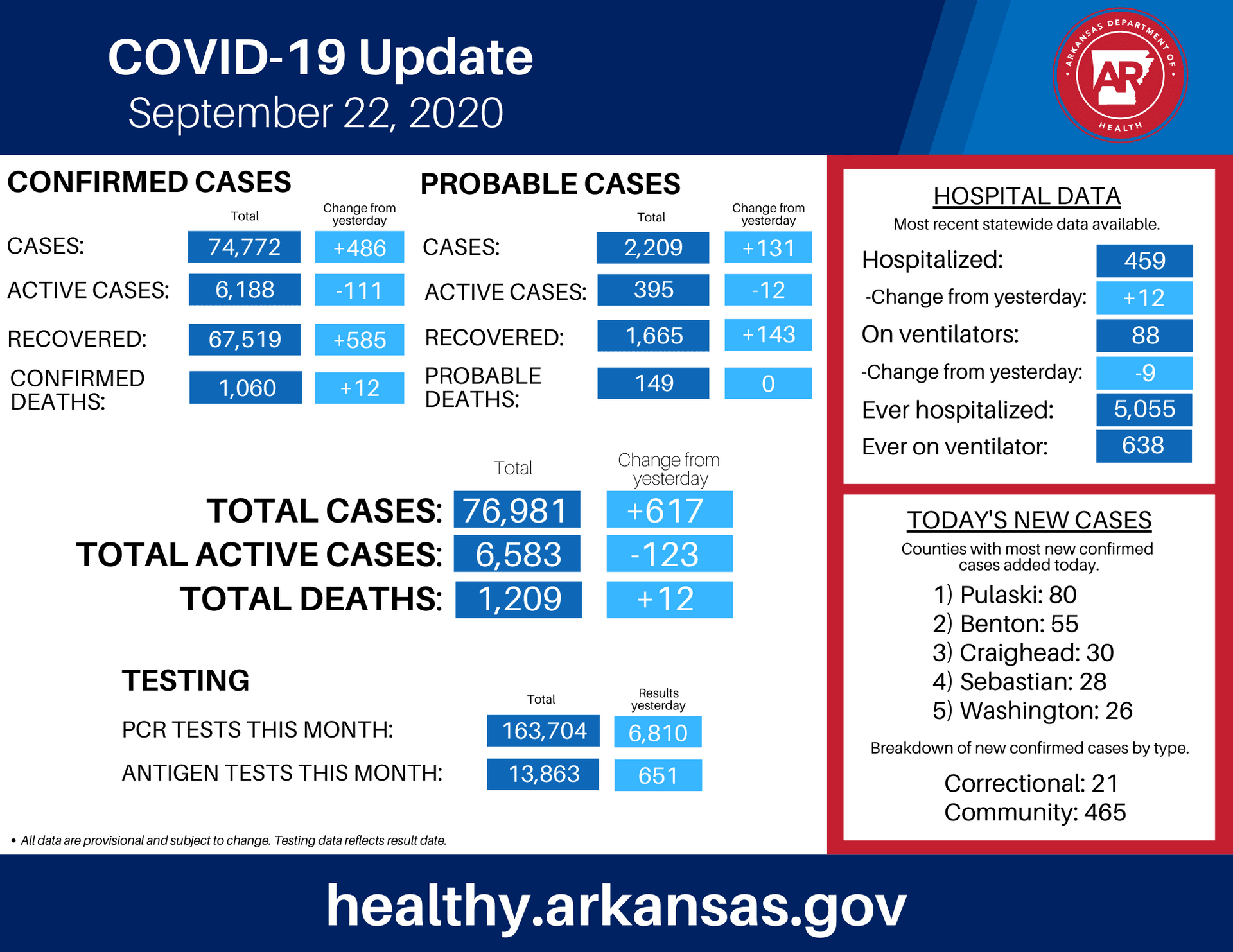