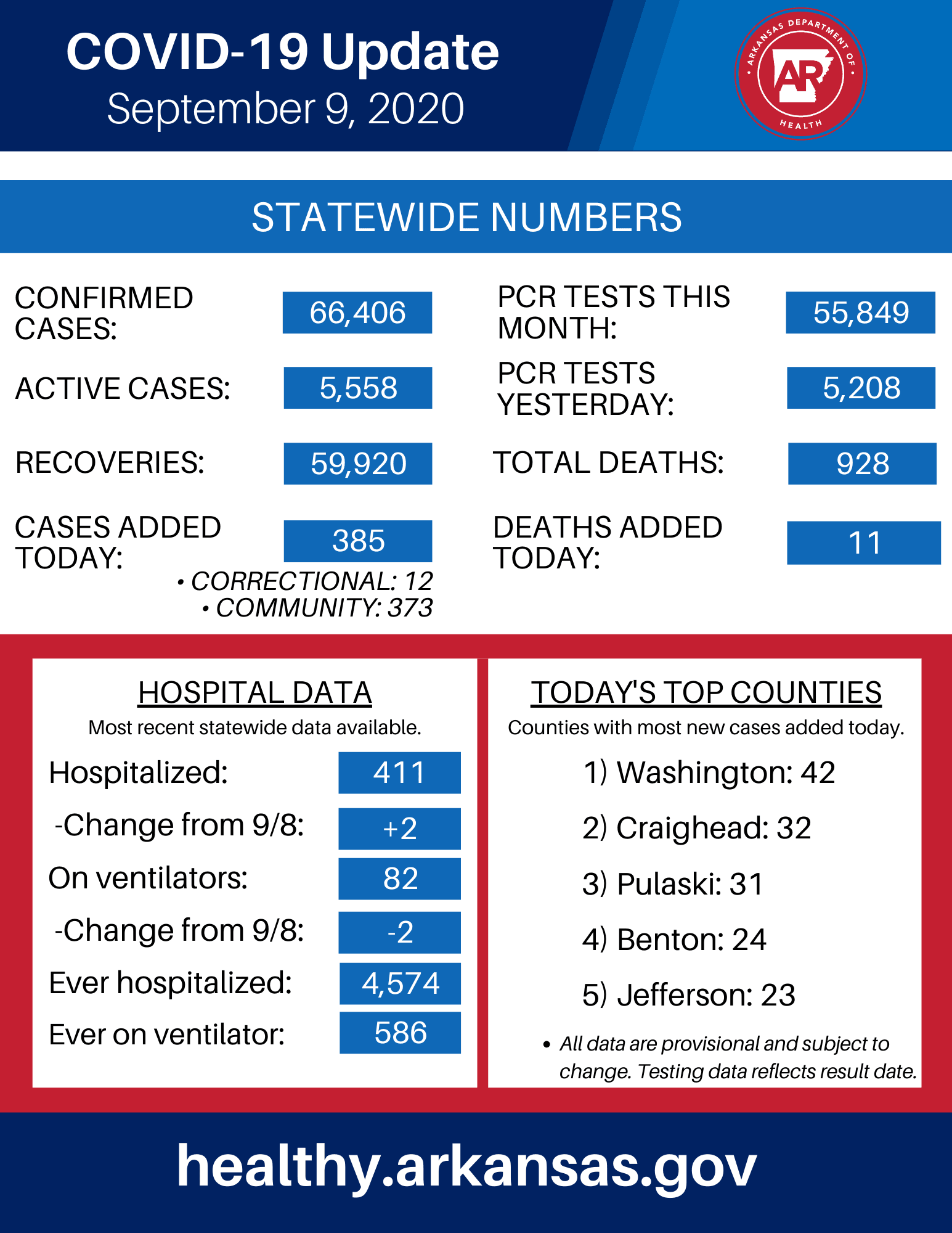 The number of tests completed in the past 24 hours was 5,208. There were 699 antigen tests performed with 114 positive results.

Hutchinson and Baptist Health CEO Troy Wells announced a partnership between AHD and Baptist Health to increase ADH’s testing capacity by 20%. Hutchinson recalled that the Public Health Lab has increased their capacity dramatically since the pandemic began up to a point where they can now do more than 3,000 tests in a day. ADH is purchasing the new Thermo Fisher machine, and Baptist Health will provide personnel to operate it 24 hours a day, seven days a week. It can provide up to an additional 1,000 test results daily. The equipment is on order and it should be in place and operational by October 1

Secretary of Health Dr. Jose Romero said that new mandates for restaurants have been added to the ADH website, and include increases options for families and includes self-serve restaurant venues.

Steuart Walton, chair of the Economic Recovery Task Force, provided an updated on the task force and shared some data points that highlight the link between the health crisis and economic crisis. “To solve one, we have to solve the other,” he said. He said the hospitality and leisure industry has “pretty challenging conditions out there.” Restaurants are around 35% below in August compared to the same month in 2019, he said. A draft of a progress report from the task force will be delivered to the governor and posted on ArkansasReady.com this week.

Two additional schools have had to modify their response to on-site instruction: Pea Ridge Middle School and kindergarten classrooms in the Harrison School District.