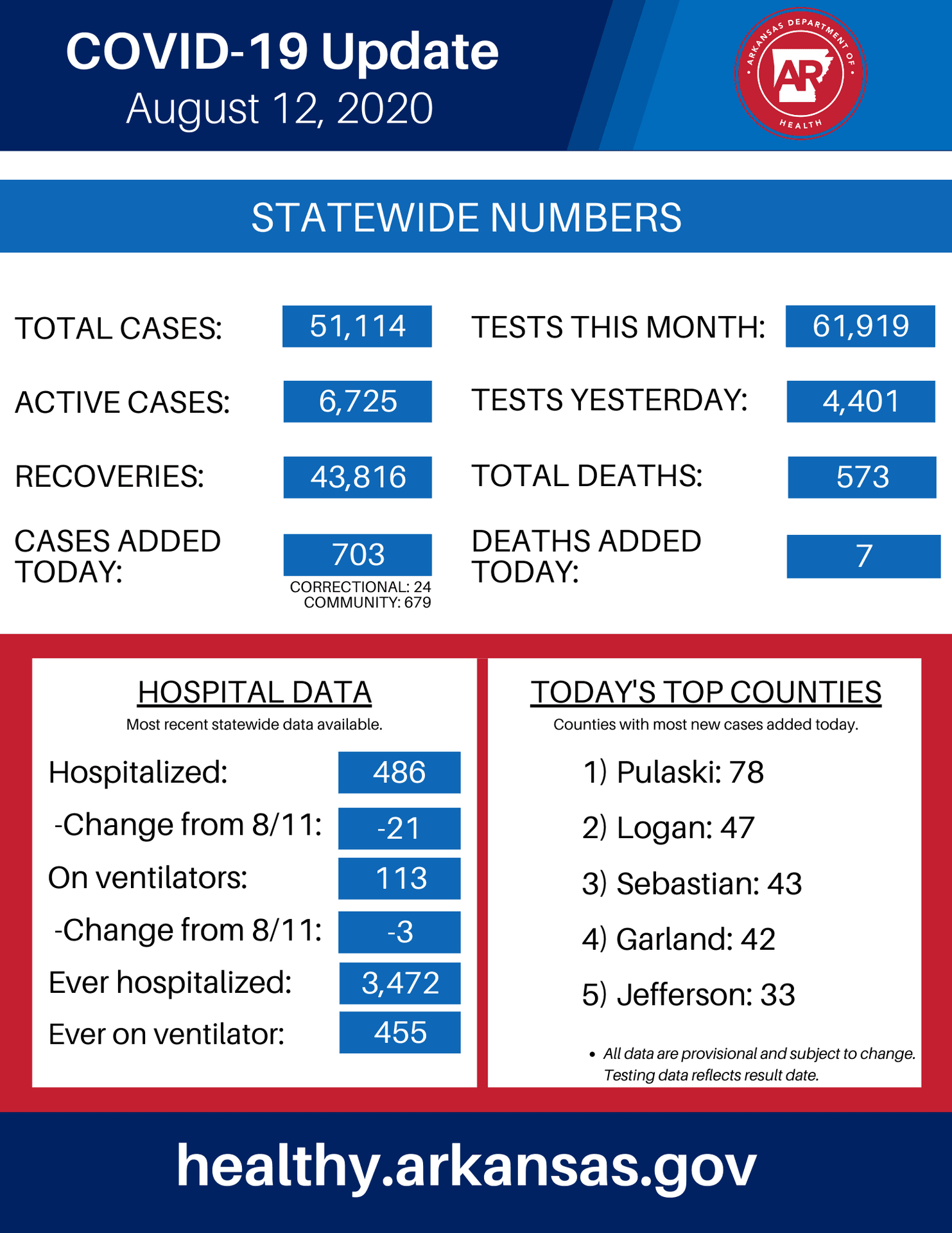 at Gov. Asa Hutchinson’s daily COVID-19 news conference in Monticello and posted on the Arkansas Department of Health’s (ADH) website:

In the past 24 hours, the number of new cases in Arkansas was 703, with 679 from the community and 24 from correctional facilities. Hutchinson shared the counties with highest number of new cases in the past 24 hours, which included Pulaski with 78, Logan with 47, Sebastian with 43, Garland with 42, Jefferson with 33 and Pope with 30. Other counties with more than 20 new cases included Washington, Craighead, Mississippi, Crawford and Crittenden.

A graph of the growth rate of new cases by public health region between Aug. 2-8 showed that the Northeast has the highest percentage increase at above 20%. The Southeast came in second, and the governor said that 44% of the cases from this region were from correctional facilities. The Southwest and Central regions were approximately the same at around 12%. Another graph showing the percentage of growth of new cases by age group in the Southeast region had the 18-24 age group at the highest percentage at just above 20%, the 0-17 group was the next highest at around 17-18%, followed by the 45-64 group at around 16%.

Hutchinson announced that today he is signing a letter of intent “with the Rockefeller Foundation and other states to work as a consortium of states to enhance the buying power of states with our commercial labs to strengthen our place in the marketplace to give them confidence that they can expand, that they know the demand is there because the states have committed to that demand.”